This year we asked the Library community to help us to digitise selected performing arts collections.

We are enormously grateful to more than 600 donors who generously gave over $200,000 in response to the appeal, and we look forward to bringing the stories of Winifred Atwell, Rose Quong, and Bobby and Gracie le Brun online in the months ahead.

The story of performing arts in Australia is spectacular, and while performance, by its nature, is impermanent, its inspiration and impact can last a long time.

Your support will help to put these performers back centre stage

Many of the figures represented in these collections, such as Dame Nellie Melba and Sir Robert Helpmann, are household names. But others are at risk of fading from history. Bringing their collections online will help to put them back centre stage. 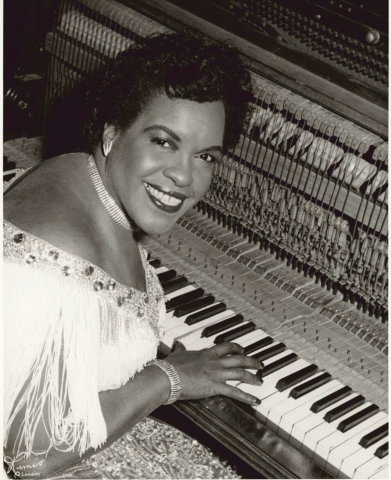 Born in Melbourne, Rose was a public servant who performed in amateur theatre in her spare time. In 1924, Rose was awarded a scholarship to study drama in London and found a new career and a new life overseas. In 1929 and 1931, she appeared with Laurence Olivier and the Chinese-American film star Anna May Wong in the play The Circle of Chalk. Rose never returned to Australia, but some of her papers did – our holdings include her 1924 travel diary documenting her journey to begin a new life in London.

Winifred Atwell, ‘The Amazing Miss A,’ was one of the most famous musicians of her time. Born in Trinidad, she became famous in 1950s Britain playing ragtime and honky-tonk piano, after training as a musician in New York and London. After touring Australia in the 1950s and 60s, she settled here in the 1970s. She was the first woman to play at Sydney Opera House – while the building was still under construction – performing a rendition of Waltzing Matilda to the workers. Winifred Atwell’s papers document the story of a ground-breaking performer who achieved international fame.

Bringing the treasures of the National Library’s collection online helps us to share the stories with millions of readers across Australia and around the world.

We can’t wait to give these performers and their collections a digital encore.

Thank you once again for your generous support.