Mr Caleb Kelso-Marsh, researching on ’Night (mare) and the City: The Transnational Context of Film Noir and Conditions of Modernity in Korean and Japanese Crime Films'

A/Prof Tomoko Aoyama, School of Languages and Cultures, Faculty of Humanities and Social Sciences, University of Queensland
Tsurumi Kazuko and Shunsuke in Australia, 1937

Dr Helen Kilpatrick, Senior Lecturer, Japanese in the Faculty of Law, Humanities and the Arts, University of Wollongong
The Modern Melancholic Aesthetic in Shôjo Fiction and Art

Dr Alison Broinowski, ANU College of Asia & the Pacific Centre for Asian Societies and Histories. Based in Sydney.
Counter-culture: Norman Sparnon and the power of flowers

Mr Martin Veres, PhD candidate in Japanese at the University of Wollongong
'Space, Modernism, and Morality in the Children's Fiction of Akutagawa Ryūnosuke'

Ms Prue Holstein, Candidate for Masters of Arts convertible to a PHD, Monash University
'Japanese German Commercial Relations and Effect of World War One on those relations'

Mr Ross Tunney, PhD candidate in the Asian Languages and Studies at University of Tasmania
'Constructing the Self: Photography, Alterity, and Identity in Post-war Japanese Photography'

Mr Alexander Brown, PhD candidate in Faculty of Law, Humanities and the Arts, University of Wollongong
'The Precarity of Protest: Changing Labour Market Structures and Anti-nuclear Movements in Japan After Fukushima'

Dr Victoria Eaves-Young, Honorary Associate, University of Tasmania
'The Diary of Tamura Yoshikazu: Writing Under the Gaze of the Kokutai During the Japanese Imperial Army New Guinea Campaign' 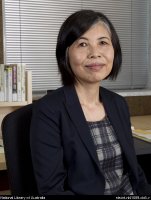 Ms Kirsti Rawstron, PhD candidate, History and Politics at the University of Wollongong
'A Comparative Study Gender Equality in Education and Employment in the post-CEDAW Asia-Pacific Region: Special Focus on Japan'

'Evolution and historical development of the judicial scrivener profession in Japan'

'The repatriation and release of convicted Japanese war criminals, 1945-1958'