Due to building works, some of our collections are temporarily unavailable. Some requests for deliveries of Library material to the Reading Rooms will not be fulfilled. Learn more

I am a Gamilaraay woman. While I have been lucky enough to have lived throughout Australia including several years in Marble Bar and Broome in WA and Sydney, NSW I have for the past 9 and a bit years lived in Bendigo, Victoria where my parents and sister still live. I moved to Canberra in early 2018.

I have a Bachelor of Arts with a double Major in Ancient World Studies and Politics and International Studies and a Masters of Information Studies. While working on my master’s, I worked as IT Manager at Woor-Dungin, a non-for-profit organisation that aims to increase resources, build strong partnerships and share knowledge to fulfil the purpose of Aboriginal community-controlled organisations. While at Woor-Dungin, I also served on a variety of administrative committees and was particularly involved in Woor-Dungin’s role as Philanthropy Australia National Moderator for Indigenous Issues. I was a founding member of and continue to serve on the Moderator Role’s Aboriginal Advisory Committee at Woor-Dungin.

I also worked with the Weenthunga Health Network in casual data roles and in their Weenthunga Girls Resilience Program over the last few years. I was lucky enough to get a short cadetship at the National Maritime Museum in Sydney working on copyright issues. After that I went to the Centre for Excellence in Child and Family Welfare, Victoria’s peak body in the sector in their Social policy and research division.

I feel extremely privileged to be one of the Library’s 2018 graduates and I am looking forward to the next nine months of my graduate year and to my future at the National Library of Australia in general. 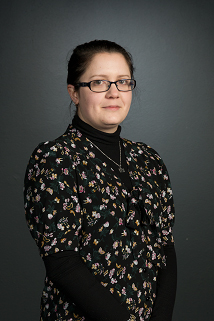 I am a Gunggari woman from the Maranoa region of South-central Queensland. I grew up in regional Queensland before moving north to Townsville to complete university.

Prior to coming to the Library in 2017, I was working as the Australian Aboriginal and Torres Strait Islander Student Mentor Officer at James Cook University where I was able to coordinate a team of Deadly Mentors to support fellow Indigenous Australian students.

I am very passionate about cultural heritage and research, so I was thrilled when I was offered a place as a Graduate with the National Library of Australia for 2017. I am currently working as the Project Officer for the Library’s upcoming exhibition, Cook and the Pacific. This role has allowed me to delve further into the Library’s unique collections, and liaise with First Nations peoples across Australia and the Pacific.

Kiya! I am a Noongar (Minang, Gidja) woman with Irish, Scottish, English and Indian heritage. My Ancestral Country covers much of Western Australia. I was born and raised in Gippsland, Victoria on Gunai/Kurnai Country.

I started working in museum and library collections in Melbourne before relocating to Canberra in 2014 to work at AIATSIS, and complete a Diploma of Library and Information Services, and a Masters of Museum and Heritage Studies. I also undertook placements at the National Library of Australia, the National Museum of Australia and the Smithsonian Institution’s National Museum of the American Indian in Washington, D.C.

Through my work experience, I spent time with respected community members. The guidance that I received from Elders has helped shape my cultural and spiritual identity, and fuelled my passion to care for and make accessible Indigenous collections within cultural institutions.

I have worked at the Library since 2015 and I adore the positive work culture, amazing staff, and the incredible collections. I was one of the 2017 Graduates and now work with the amazing Pictures collection. 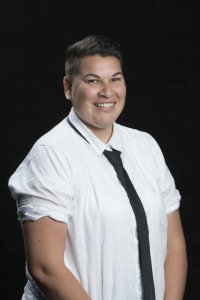 I hail from the remote community of Injinoo (Cowal Creek) in the far northern region of Cape York.

My heritage is very diverse but I identify as a Torres Strait Islander.

My family groups include Anggamuthi (Seven Rivers Country Cape York), Yadhaykenu (East Coast Country Cape York), Woppaburra (Great Keppel Island). I also have strong cultural and blood ties to the near Near Western and Eastern Islands of Badu, Moa and Murray (Mer) as well as the Butchulla People of K’Gari (Fraser Island).

Since graduating from the University of New South Wales, I have chosen to come to the National Library of Australia in pursuit of my passion, which is knowledge. What I have found so far exceeds my expectations. There is always something new to learn.

Having a little taste of Reader Services, Overseas Serials, Maps, Printed Australiana, Australian Monographs and Serials, Cataloguing as the 2016 Indigenous Graduate, my journey and thirst for knowledge continues to grow. 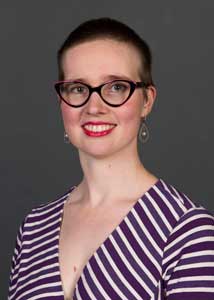 My Indigenous heritage is from my grandmother’s family.

After high school, I knew I'd go to university, but I still wasn't sure what I wanted to do with my life. I had an interest in Japanese, so I studied the language and culture at Macquarie University. I finished my degree, and still didn't know what I wanted to do as a career, so I did a Graduate Diploma of Education at the University of Technology, Sydney.

During my Graduate Diploma, my mother lost her ability to walk and I became her full-time carer as well as studying at university.

During my final year, I was encouraged to apply for the Indigenous Graduate Program by my family. I applied, hoping that the National Library would accept me. They did, and I now live in Canberra.

Since coming to the National Library, I have worked in the reading rooms, with the manga collection, ephemera and Trove. Now, I work in cataloguing, and I really love it. I would truly recommend any position here.

I am a Weilwan and Gamilaroi woman with family from Warren in North West NSW and connections to the Gunnedah region of NSW and Charleville in QLD. My grandfather grew up on Brewarrina mission.  Several generations of my family were affected by the Stolen Generations.

I have a professional and personal passion for helping First Nations people to be able to access information about themselves, their communities, their culture and history. Opening the doors to collections such as those held at the National Library to Indigenous Australians is an incredibly important part of the healing process for First Nations people and of the reconciliation process for all Australians.

I am a Wiradjuri woman from central New South Wales Riverina District.

I'm from Griffith, in New South Wales. I came to Canberra for a position in a library, and I decided to work here at the National.

I worked in book binding first, then in Newspapers. I actually met my husband there, and we married in 1977. I worked in Serials for a while, then took time off to have my children, and to work as a day care mum. I came back to the Library in 2005, and now work in Document Supply.

I love it. There are a lot of people still here from when I was here the first time, actually, so it's really nice. I'm really happy, and this is where I belong.